Michael loves being a software developer at Animal Logic – an animation and visual effects studio based at Fox Studios in Sydney. He’s working on animation software for upcoming films LEGO Batman and Ninjago, including the systems used for character faces and 3D viewing. “You get to see the movies go from concept to completion,” he says. 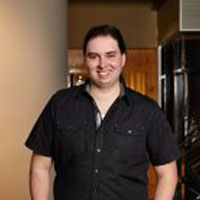 After studying Information and Communication Technology at the University of Technology, Sydney, Michael worked as a consultant for Microsoft, helping developers understand and take advantage of Xbox and Windows platforms. He’s also worked on mobile games for Disney and Sony. Michael says computer-generated graphics are used everywhere from action films to advertising, enhancing viewing experiences or showing action that’s difficult or dangerous to film. They’re also used in education, giving students a way to view and virtually interact with anything from atoms to stars and planets.

If you want to pursue a career in software development, Michael says it’s crucial to keep up with the tech world, where new innovations are being made all the time.
“The more you learn, the easier it is to find ways to solve problems,” he says. “Every time a new technique comes out, something old gets pushed aside. If you aren’t up to date, you get left behind.”

To get there you must have a Bachelor of Engineering. Insert from the official Victoria University website:

A Bachelor of Engineering (Hons) requires four years of full-time study. 480 points are required, of which at least 120 points must be from courses numbered 400-level or above. Honours is awarded based on achievement in the third and fourth years of study.

Information from: Victoria University of Wellington